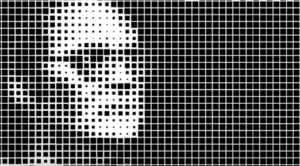 In considering how we now incorporate transdisciplinary learning into institutional education in Lithuania – especially amongst the STEM subjects – we need look no further than the pioneering work of Feliksas Daukantas (1915-1995).

The founder of the Department of Design (formerly the Department of Artistic Design of Industrial Products) at Vilnius Academy of Arts, Feliksas Daukantas is considered a visionary in creative art education and not only in Lithuania, but to a much wider audience internationally.

He liked to take on what were considered stable, fixed STEM related academic subjects and add the ‘A’ of applied arts. His teaching methods were, for the time, unorthodox. Sometimes starting off lectures with discussions on non-related matters, issues, topics, items, as a way of inspiring some lateral thinking – rather than purely academic thinking

One former student recalls his method of teaching:

Somehow, I liked his line of thinking. […] it went like this: design is not objects, but a search for the process. […] let’s say, students are given the task of designing a radiator. It can be designed to look like this or that, having a nice appearance, but such thinking is not correct. One needs to think about how to heat a room. And then, maybe, this radiator won’t even have to be a radiator, but we will have a solution for this process. Maybe it will be placed under the floor, maybe some other solution will be applied… This idea served me well my whole life.

What did he do and why is it considered visionary?

Based on interviews with his work colleagues, students and friends we know the following:

Feliksas Daukantas had many skills and sought to use all of them in many different ways working with many different professions and skill-sets from sculptors, architects, engineers, Jewellers, industrial designers, furniture makers, and photographers.

In 1961 he set out to establish what was then the Department of Artistic Design of Industrial Products, purely based on his own knowledge and a belief that design teaching was important in engineering and manufacturing industries. This department was one of the very first in the whole of the former USSR. One of the department’s guiding principles was to produce graduates who would become universal designers, taking a challenge as their starting point and finding ways to address or solve this.

His intention was to have a perfect society, one that was in a harmonious relationship with its environment; cities where all things have a clear purpose and are compatible with needs. He was one of the main initiators of pictogram design, believing that they provided a better way of conveying a message than text, and they also crossed boundaries of language.

But in a Soviet existence – any changes to the status quo were difficult to imagine let alone to fully design and implement, and many of his ideas and innovations remained only as sketches, scribblings, and notes on sheets of paper. Although Daukantas believed that having limited access to quality materials and tools made his students better designers, because they did not have at their disposal the same wide range of materials as Western designers.

Like all great innovators and thinkers, Daukantas had a tremendous thirst for knowledge and learning; for pushing himself into areas where he knew very little so that he would gain skills and knowledge. He had a natural ability to be creative, to look beyond the immediate and to see the wider environment. His ideas and ways of thinking are still very much relevant today where in his former Design Department, his legacy lives on in multi-functional innovations generated by students, and teaching methods used by teachers and professors.

I am the footer call-to-action block, here you can add some relevant/important information about your company or product. I can be disabled in the Customizer.
Get In Touch
Back To Top